COMMENT ON ARTICLE: “PSYCHIATRY: YOU’RE NORMAL ONLY WHEN YOU’RE DEAD (NOT YET TRANSLATED INTO ENGLISH).”

Hello, I am a guy who has been diagnosed with a disease that does not really have, and they ruined my whole life … without the right of reply, since the disease that have attributed to him is very serious (it is paranoid schizophrenia, second-degree epilepsy, which has never been shown, by any medical examination, but which was caused by  synthetic drugs intoxication, like MDMA and LSD to be clear). Many other quarrels were invented out of whole cloth. I no longer take medication (3 years) and I cared for and still continue to treat me with the help of dietary supplements and other natural cures. I’m fine … but no one gives a shit about how he is. They just want to continue to invent that I am unaware of my disease! I can say that I personally in my life have seen many different situations and psychiatry still threatens me, now trying to force me to psychiatric visits that I do not show up to anymore …. since I do not have a real need!: They continue to rave that I do not realize … but I need them. I just say one thing: I have an IQ above average and I do not suffer neither paranoia nor of other shi … BBIIIPP like that! I suffer from having lost my dignity as a human being, to have a label stuck on me indelibly, not being able to ever take a qualifying asset, given my personal skills and my level of knowledge that often exceeds their graduates who are (in conspiracy … the science of how to stick it in your butt!). The police often came to get me with their hands on the gun: though I never had any violent physical reaction, but I was beaten to death, without that being reported by the paramedics. Of course I have always rebelled verbally and continue to do so until they kill me! Better to die standing than live on my knees licking the hand that tortures you! I was stripped naked in public in the midst of the people of the emergency room to be able to have an injection of a psycho-drug brickbat super, super-powerful and super-dumbing! I was locked up in a psychiatric community, robbed by two lawyers without having any feedback, other than I was deprived of my money! I lived in a gated community and still live on my own, on condition of having to communicate all my address changing! Yet I have heard that they proposed 1 year and 8 months for two psychiatrists who killed a person in a psychiatric ward. One year and 8 months for a murder … me feel sick! Justice is non-existent and ridiculous … as well as money-driven! Yet this person who was killed was a person who was simply expressing their right to be able to continue to sell like his stuff in front of the City Council of a Sardinian city apparently, not a dangerous criminal! Not a serial killer! Yet I know of a person (and many others like them) that have been and are currently held in in horrific psychiatric hospitals for 20 or even 30 years just for a robbery of 2 dollars, miming with his hand in the pocket of jeans to have a gun … obviously this person did not! How about the last  studie psychiatrists are carring out to approve MDAM- and LSD-related drugs (watch the movie “The Marketing of Madness”, part one and part two on You Tube … if you do not believe me! You will have the sickening feeling that should freeze the blood in the veins of any person yet still feel spart of the human species! Have a nice day.
F.to Anonymous
RESPONSE

Hello Anonymous,
and thank you for your testimony.
Throw away immediately the lobotomy, and see things for what they are.
In my upcoming book “MODERN PSICHIATRY VIEW WITH THE EYES OF A POLICE OFFICER”, I devote a chapter about the indelible label that is glued to the unlucky person who finds themselves in need of psychiatric “help” (especially involuntary).
Unprepared doctors, unprepared law enforcement, zero sensitivity, ignorance, all this goes on to form the mix that will make the experience for those who suffer terrifying, and certainly not allow a healing, now or ever.
The anger and pissed off that flow from this letter made me realize how modern psychiatry, for the vast majority, is plunged back into habits and customs worthy of the medieval period.
The psychiatric symptomatology is always a symptom, not to be quelled or crushed or suppressed, but it needs to be understood and addressed.
The psychiatric symptoms vanish as a any skin manifestation when the underlying causes, whether psychological, organic or environmental, or all three, are understood and identified.
As a skin cream does not make psoriasis go awayt, because it comes from within and not from outside, an injection of tranquilizers does not heal a “psychiatric patient.”
I will not dwell further on the approach to mental illness that I specify in this blog: those who happened here for the first time, can read hundreds of articles available also by using the search engine.
Anonymous, go on like this, there will come a day when psychiatry, as it is being carried out today, , will be banned.
In the words of William Wallace in “Braveheart”: they can take away everything, but our dignity. 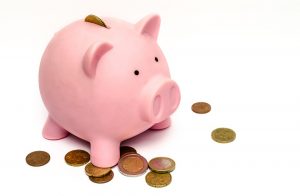